SCHOOLS IN WEARE, HENNIKER, AND STODDARD TRAIN WITH HOMELAND SECURITY AND EMERGENCY  MANAGEMENT 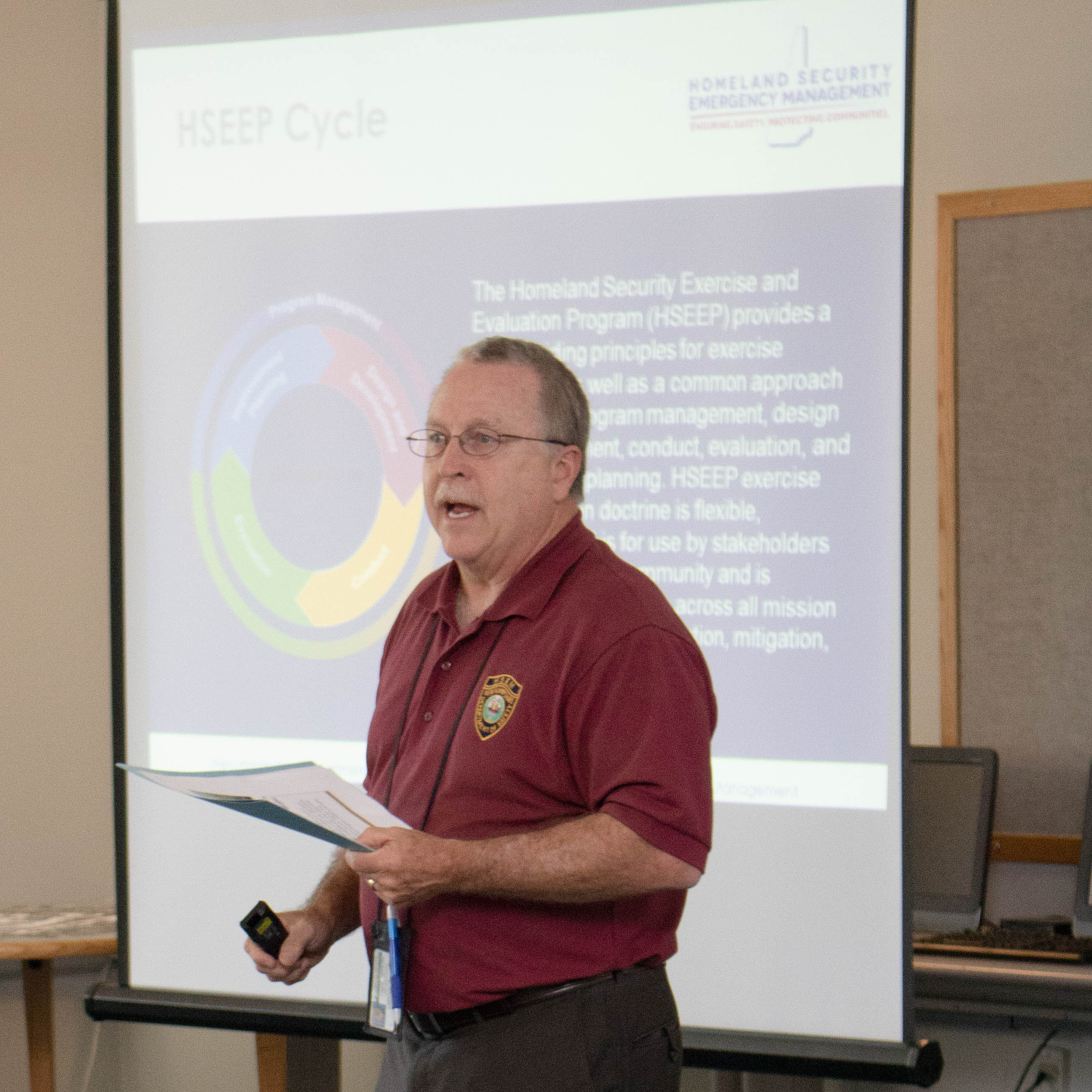 On Wednesday, August 15th, Homeland Security and Emergency Management’s School Readiness Program partnered with the Department of Education to host a free workshop on developing a high quality emergency operations plan.  Participants met at ConVal Regional High school in Peterborough.  The curriculum focused on helping develop and improve a school’s emergency operations plan.  Public and private schools from throughout the state were represented, including SAUs 11, 30, and 87.  Ready, the Prepared Puppy also made an appearance to remind teachers and staff that preparing for emergencies is also important for children. 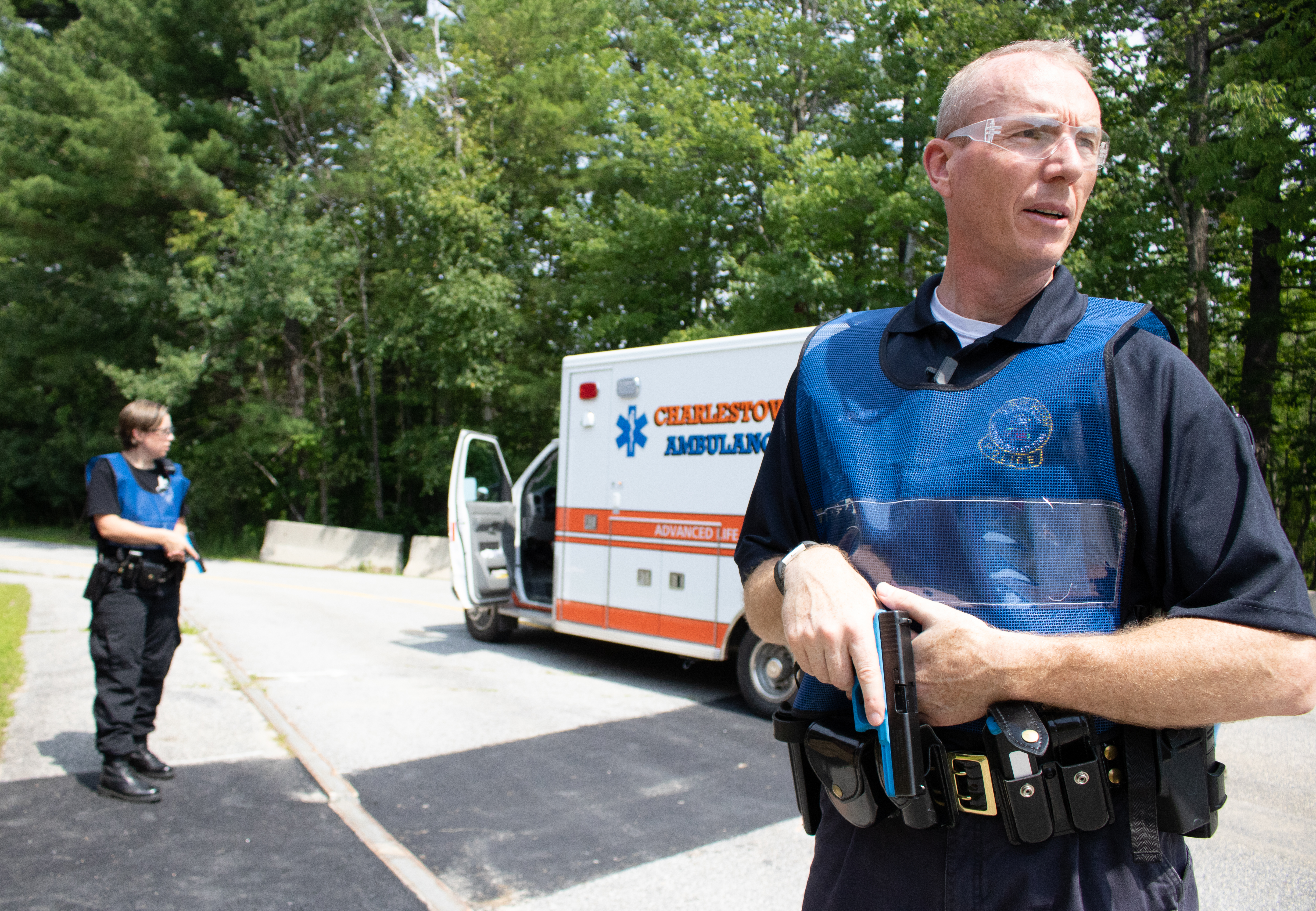 September was Emergency Preparedness Month.  The Public Information Office at Homeland Security and Emergency Management set up four different activities for families to perform each week throughout the month.   September 3rd through 9th, residents were urged to sign up for NH Alerts.   September 10th through 16th, residents were prompted to make an emergency plan, decide where they would go, what route they would take, or where they would meet if the family was separated during an emergency.  September 17th through 23rd’s task was to fill out emergency contact cards.  September 24th through 30th reminded residents to build their emergency kits.   Kits can be built year round by purchasing one or two items each week.  For more information on preparing for emergencies and to download any and all of these materials, go to ReadyNH.gov.

ICS 402 is a course designed to familiarize executives and senior officials, both locally and throughout the state, with the Incident Command System.   This particular session was designed with elected officials, town and city managers, and agency administrators in mind.  Discussions focused on familiarizing participants with the principles of the incident command system(ICS) , the National Incident Management System(NIMS), and how to successfully use these systems in their jurisdictions during an event.

Homeland Security and Emergency Management coordinated and facilitated a functional, full-scale exercise for Strafford County personnel at the William A. Grimes Justice and Administration Building in Dover on September 22, 2018, from 8 a.m. to 2 p.m.   Participants and staff were instructed on proper procedures and proper responses in the event of a real incident.  Members of the media were invited to observe the exercise.

On Thursday, September 27th and Saturday, September 29th, Homeland Security and Emergency Management’s Field Services division held a class on the hazards associated with flooding.  The class, AWR362 Flooding Hazards: Science and Preparedness, covered the science behind flooding, how to forecast, risk assessment prior to a flood event, and how to best prepare and mitigate for long and short-term flooding.  Among other flood-related topics, participants were instructed on how to read FEMA flood risk maps and how to interpret watches and warnings issued by the National Weather Service.  The main focus of the eight-hour course was on the safety of first responders and other emergency personnel, as well as equipping attendees to better serve the public before, during, and after an event.

On August 15, 2018, the Public Information Office at Homeland Security and Emergency Management held a training exercise for other Department of Safety  public information officers.  The exercise centered on preparing and publishing evacuation orders and emergency alerts in the unlikely event of an emergency at  Seabrook Station.  The Public Information Officer for the Department of Safety, Michael Todd, trained     attendees on the proper procedures for filling out the required forms and the proper channels through which the paperwork should flow.  Attendees participated in a mock exercise to familiarize themselves with the  process.